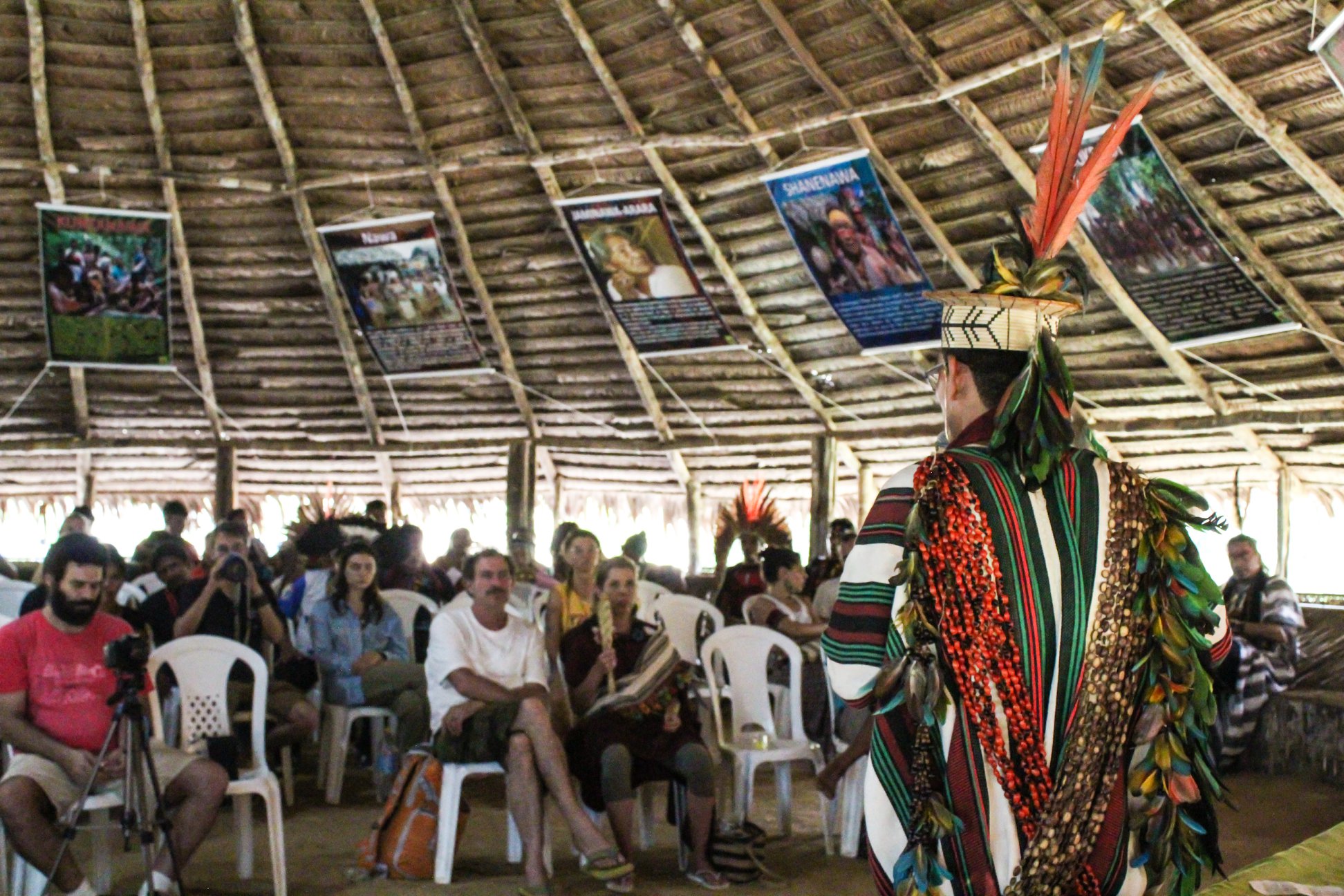 Between August 10 and 14, the II Indigenous Conference of Ayahuasca took place in the Puyanawa Indigenous Territory, municipality of Mâncio Lima, region of the Juruá valley, Acre. At the time, the FUNAI proposed a more “closed” event, attended by a few nawá (non-indigenous) and many indigenous people, especially the leaders of each people: Kaxinawá (Huni Kuin), Yawanawá, Shanenawa, Shawãdawa, Katukina (Noke Koi), Nukini, Nawa, Kuntanawa, Puyanawa, Ashaninka. Also present was a Xipaya couple, from Pará State, with a baby, who came by Fusca from Altamira (PA). There were present Huni Kuin of the Jordão (Upper, Lower and Seringal Independência), Humaitá, Envira, Tarauacá (Igarapé do Caucho and Colônia 27). Members of the Jaminawa-Arara, Jaminawa, Apolima-Arara and Sapanawa peoples were not present. The peoples Manchineri and Apurinã were not invited.

One of the main discussions at the conference was about the prohibition of indigenous people passing through the beverage and their art (like headdresses) by national and international territory. One of the guidelines of the movement was a proposal to amend the CONAD resolution that regulates the religious use of ayahuasca because it does not cover indigenous issues and specificities. The current regulations, for example, require the use of a institutional register to transport the beverage from institution to another (in this case, between churches), not allowing the carrying of it by independent persons.

Throughout every conference, the creation of an indigenous commission (or a working group) was also discussed to dialogue with other actors in the ayahuasca field, such as churches, the Public Prosecutor’s Office, the Federal Police, the UN etc. The idea of ​​the commission was to represent indigenous spiritual leaders through well-qualified interlocutors who could take the demands of the indigenous peoples of ayahuasca (nixi pae, rëu, kamarãpi, kamalãpi, uni, hori, huni etc.) to various legal entities , as well as the holding of consultations. At the end of the event, however, the committee’s approval was reinstated, leaving it as the subject of the next conference.

This site uses Akismet to reduce spam. Learn how your comment data is processed.